You Don't Have To Be A House To Be Haunted 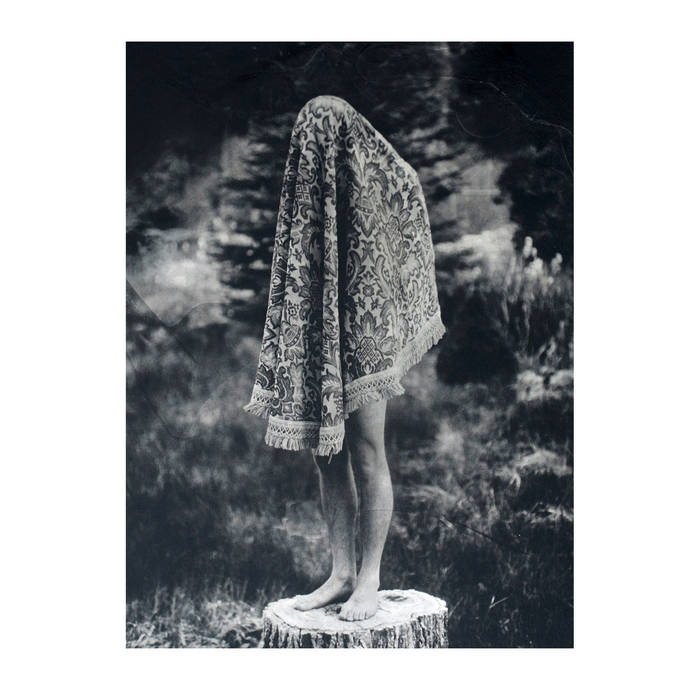 sebastien paradis If "sister grotto" meets "nighttime" that could give birth to a child of the corn and the moon.
I like this ethereal side. Favorite track: Videotape.

Jonathan These are long, beautiful ambient songs backed by a haunting cello and gorgeous vocals. The music is so beautiful it takes your breath away. Sometimes we need to take a break from head banging psych rock and return to the gentle ambient drone, where it all began. Very highly recommended. Favorite track: Uncanny.

Lost Tribe Sound Love her music so much! Sister Grotto is everything I've loved about Portishead, Grouper, and other smokey, lo-fi female vocal-driven music reduced down to its most pure and potent essence! Favorite track: Uncanny.
more...

Recorded at home in Denver, Colorado

Mastered by Will Dyar at Hills Audio

This record is for Navidson, whose longing for exploration outweighs all odds


Thank you for listening.

Far safer, of a Midnight Meeting
External Ghost
Than its interior Confronting—
That Cooler Host.

Ourself behind ourself, concealed—
Should startle most—
Assassin hid in our Apartment
Be Horror's least.

"Madeline Johnston has refined her sound in various projects over the years. With Sister Grotto, she's found a vehicle for her unique blend of delicacy and intensity. On the 2016 album You Don't Have to Be a House to Be Haunted, Johnston employs all of the sounds she's developed with this project to powerful effect. Whether with her deeply affecting, breathy vocals, synths, guitar, strings or percussion, Johnston stitches simple elements together to invade the psyche in a way that is as affecting as her album's title."
- Tom Murphy / Westword

“Sister Grotto is a genius of the most piercing and poignant variety. The kind of past-life ambient sounds that feel like hearing to your old ghosts talking to you through the walls.”
- Star Canyon

"It's May and I'm calling it in early. You Don't Have to Be a House to Be Haunted is the best album of the year. Not just 5 months into 2016 but in perpetuity. You Don't Have to be a House is the culmination of what makes Sister Grotto such a compelling artist. The easy access into her compositions that sound unbelievably rich. Soundscapes that are three dimensional. Johnson's uncanny ability to wring all the emotion of the simplest phrases. And, on You Don't Have to be a House... A sense of scope that is bigger than anything that Johnson has done so far: string accompaniments and a full choir on "Videotape", an unmistakable sense of place and narrative arc on "Uncanny" that pitches Madeline's voice into bottomless pit lows, the powerful simplicity and mystery of "Witness". This tape feels big enough to live in. Tons of labyrinth-like hallways, tiny closets of packaged melodies that don't appear until the 3rd or 4th listen, hedge-mazes and creaking floorboards of unrequited and unspent energy that haunt these three tracks like a Victorian mansion. I would suppose the closest comparison we have is Grouper. But where Grouper's compositions often feel inundated by place - room tone and drone slowly blending into one - Sister Grotto's compositions, especially fleshed out as they are here, seem to come from vignettes of 8mm film that are insular and in-the-mind as they are universal. You Don't Have to be a House... is a singular product although it is Johnson's most collaborative to date, the most personal although it's title is inspired by Dickinson and it's first track is a meditation on a Radiohead track. There's really nothing like it."
- Ryan Hall / Tome the Weather Machine

"I have to start this out by saying Sister Grotto is one of the most gorgeous pieces of music I’ve really ever heard. Madeline Johnston is an incredible fleeting angel from depths known only by her, and through her music we as slaves/consumers experience ourselves as this fragile body of work busted at the seams like African paint principles worshiping with such form, and body…
Throwing blood back up under the oriental rug while electrodes in stationary cubicles shake, and twist from a breath standing in the fire burning leaf long tree. A tarnished mirror ground up by dream hand, mixed with perplexing flower cult, and cut with mother bowels… Physical skin irritated from doorway confused with the young melted in half with cigarette steal beam in chair half healed. Diseased garden feeds irrelevant sufferer respectively under table honest, and hysteric."
- We Keep The Neighbors Up